Like any good (and well-funded) festival, Il Cinema Ritrovato offers an impossible choice of cinematic pathways. 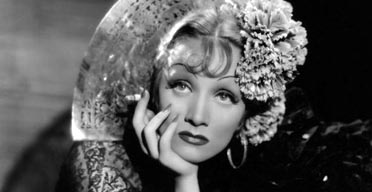 This year's festival squeezed into eight days retrospectives of the great Hollywood expressionist Josef von Sternberg, including but extending beyond his Marlene Dietrich iconographies (Morocco, Dishonoured, Shanghai Express, Blonde Venus, The Scarlet Empress and The Devil is a Woman); Lev Kuleshov, the Soviet theoretician and pioneer; the Italian silent serials star Emilio Ghione; sundry Chaplin-related programmes, part of the festival's ongoing Chaplin project; the Depression-era talkies of the Warner Bros studio; and an international selection of movies about the atomic bomb.

But the greatest discoveries were the compilations of short films from the cinema's early years. Each edition of the festival exhumes films that have reached their centenary - this year celebrated the class of 1908, the year DW Griffith joined the Biograph company, and American cinema began to vie with the recession-hit French and Italians - in what programmer Mariann Lewinsky calls "a long-term research project in real time", or cinema chronicled as an annual serial.

1908 was also the year the vehemently anti-feminist Lord Asquith became British prime minister, and helped radicalise the Suffragette movement. Dovetailing with the 1908 anthology was an excellent survey, Irresistible Forces: Comic Actresses and Suffragettes, which showed the struggle for women's emancipation playing out in street protests and screen farces. Here were suffragettes on the streets of Newcastle, and the charred husk of Yarmouth Pavillion; here the spectre of uppity, mannish maidservants on the rampage, and a henpecked husband's fantasy of laying down the law to modern-day witches such as his wife.

Most shocking was the footage of Emily Davison's death underfoot at the 1913 Derby - or perhaps the newsreel's briefest pause for acknowledgement before moving on to report the end of the race. Most delightful, not least to those of us reared on a British cinema of restraint (not to mention the passivity of modern female film roles), were such anarchic comedies as Did'ums Diddles the P'liceman - clearly an incitement to all hyperactive moppets to batter their local bobby - or the series of Tilly the Tomboy shorts, in which the fair-faced teenager and her sister Sally upend their parents' party, joyride a stolen truck, and trampoline on their bedridden elders with gleeful impunity.

Such movies need the conditions for which they were intended - celluloid projection, the big screen, darkness, the company of other movies - if they are truly to talk to us across time. The festival helps us regain that context: where else would you find crowds squatting in the aisles for a screening of the rickety 1927 idle-rich melodrama Children of Divorce, starring Clara Bow and a young Gary Cooper? (A Paramount rarity partly re-shot by Von Sternberg, the film impressed me as a powerful argument for redistributive taxation.)

The festival's widescreen presentations stretch out down the road at the city's half-century-old Cinema Arlecchino, with its original curved screen and hopefully less original aroma of stale popcorn. I caught Metin Erksan's Dry Season (Susuz Yaz), a prescient parable about water privatisation which played something like a James M Cain retelling of the Cain and Abel story. It was the first Turkish winner of Berlin's Golden Bear in 1964, to the embarrassment of the Turkish authorities; decades of studious neglect ensued, until a recent restoration under the auspices of Martin Scorsese's new World Cinema Foundation.

Movies need viewers, and Bologna's biggest events were saved for the open air of the Piazza Maggiore, where at 10pm every festival night 5,000 seats beckoned delegates and Bolognese alike. Tuesday night was a particular thrill: the silent version of Hitchcock's Blackmail, accompanied by the premiere of Neil Brand's especially commissioned new score, arranged for full orchestra by Timothy Brock. As night set in, and the piazza gazed up at Anny Ondra's unravelling date in 1929 London, Brand's echt-Hitchcockian motifs and harmonies folded us right back into the drama, with all those commingling Bernard Hermannn and Miklós Rósza references in tow.

The festival ends, the archivists retreat to their darkroom forensics, and we return to our DVDs. Il Cinema Ritrovato also hands out awards for the best of the year's global DVD crop, though it's not very good at publicising them. The BFI's Land of Promise: The British Documentary Project 1930-1950 was one of the releases given a special mention, though the French publisher Carlotta Films came out best with three awards - best bonus materials for their Douglas Sirk box set, best box set for sound movies for their collection of Brazil's Cinema Novo director Joaquim Pedro de Andrade, and Best Silent DVD with Marcel L'Herbier's L'Argent.

Johnson lied in the Commons again today. It used to be a resigning offence. Having an amoral PM has normalised it with dreadful consequences for democracy which can only begin to be repaired when he and this rotten cabal are gone

The two best things that happened today:
1. Judging @TheStage Awards and thus relishing being able to recognise so much vivid, vital work across U.K. theatre.
2. Opening Day 1 of my first EVER Advent calendar (thank you @alexjjcollins). This makes me a Nice Jew(ish) Boy

And though there have been many other terrific winners announced this evening – some I know, some I don’t; all I can learn from – forgive a little bonus familial delight in the legendary @BeanoOfficial romping home with this. ❤️🖤 https://twitter.com/ppascotland/status/1466179800414965764

So delighted by this! Every kudos to its host and creative force Iain McDonald, sensibly not on Twitter.

Congratulations to all our contributors and sponsors @OddfellowsUK, and thanks again to @NeilKBrand (and @stitchbitch!) for performing the theme.